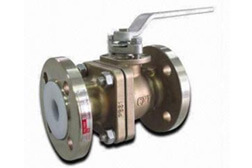 As a means of controlling the flow of materials or fluids, Diaphragm Valves use a flexible membrane that is pressed close to the edge of a raised dam to limit the route of liquid flow. As with a flexible hose, this cannot be done by simply squeezing the end. Because of the flexible diaphragm, precision throttling is hard to achieve; yet these valves are ideal for flows containing solid particles, as in slurries. These valves are commonly known as diaphragm valves. They consist of a valve body with two or more openings; one is a diaphragm, while the other is a weir, saddle, or seat on which the diaphragm closes the valve. The material of the body of the valve may be plastic, metal, or even wood, depending on its application.

PFA Lined Valve diaphragms can be classified into two types. A weir seal is used in more process applications than a seat seal, which is mostly used in slurry applications to prevent any blockage concerns but may also be used as a valve.

THE BENEFITS OF DIAPHRAGM VALVES:

Throttling services can be achieved through Diaphragm Valves quite effectively. One of its most important features is its ability to throttle so that the valve can open quickly. A weir-style diaphragm valve is offered to regulate all flows. Caustic fluids, fibrous slurries, radioactive fluids, and other fluids that must be contaminant-free are the most common fluids that demand diaphragm valves. Because the valve is never exposed to the media within the pipeline, sticky or viscous fluids cannot enter the bonnet and compromise the functioning mechanism.

Although many valves might become clogged, corroded, or gummed up as a result of difficult-to-pass-through fluids, diaphragm valves manage them precisely. Fluids handled by this mechanism will not contaminate the system due to the lubricants used in its functioning. The likelihood of stem leaking in the valve is nearly nil, and because it lacks packing glands, upkeep is also minimal. 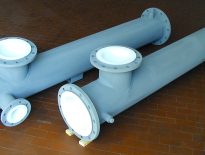 Uncategorized What is the difference between PTFE lined pipe and… 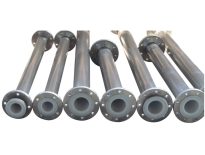